BELLEVUE, WA – Contrary to what Homeland Security Secretary Jeh Johnson said Tuesday that gun control is a “critical element” of protecting the nation against terrorists, the Second Amendment Foundation today said the right to keep and bear arms is this country’s original homeland security, and he needs to remember that.

“The threat we face today from terrorism is exactly why the Founding Fathers wrote the Second Amendment,” said SAF founder and Executive Vice President Alan M. Gottlieb. “Every American has the right to self-defense, and for Johnson to contend that infringing on that right is the way to keep the country safe is simply preposterous.”

Johnson was on CBS television, at which time he stated, “We have to face the fact that meaningful gun control has to be a part of homeland security.”

In response, Gottlieb observed, “What we really need to do is maximize the ability of law-abiding citizens to exercise their right to bear arms. Nothing deters terrorists as well as good people fighting back. Gun-free zone designations certainly haven’t stopped the atrocities in Paris, San Bernardino and Orlando. Restrictive concealed carry laws that prevent honest citizens from having the tools they need for self-defense have turned people into victims.

“Jeh Johnson has this one completely backwards,” he continued. “Nobody wants terrorists or even common street criminals to have guns. But laws that penalize honest Americans, and that ban certain types of firearms, will not prevent bad people from committing mayhem.

“The conversation should not be about firearms, but fanatics,” Gottlieb stated. “But Johnson’s boss, Barack Obama, can’t even bring himself to acknowledge who and what the enemy is, without having a temper tantrum on live television.

“Guns, and gun owners, have protected our shores for more than two centuries,” he concluded. “Barack Obama and Jeh Johnson would have us believe that eviscerating the Second Amendment will somehow discourage terrorists from attacking us. That’s not just dishonest, it is delusional.”

« Federal judge strikes down Washington, D.C., gun law as likely unconstitutional | The Gazette
Shooting Sports USA | What is Good Sportsmanship? »
The AGC ranges are open at 8 AM weekdays and 9 AM weekends. They close today, Sunday, January 24 2021 at sunset, 05:20 PM EST, except for AGC calendar sanctioned events. 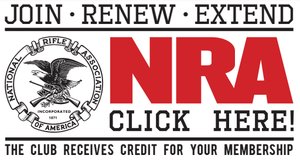